According to Jim Smith, formerly with the Newspaper Guild, Local 69, a founding local of the Harbor Labor Coalition, the OCAW (Oil, Chemical, and Atomic Workers) was having a tough time negotiating a new contract, and being on a nationwide strike.

The OCAW union and oil industry has a local harbor presence. In support of the OCAW, a show of unity was needed to promote the union’s interests. The Harbor Labor Coalition held a parade, on Avalon Blvd., in Wilmington on March 1, 1980, in support of OCAW contract negotiations during its ongoing strike.

The Harbor Labor Coalition was originally started in 1979 to address the Inland Boatmen Union jurisdictional dispute with the Seafarers International Union and Crowley Maritime Corporation. Crowley ran a tugboat operation in Florida under an inferior contract to the one used on the West Coast. under the leadership of David O’Day, as coordinator, and Robert Forrester as treasurer, they were able to organize ten unions in support of their dispute.

The atmosphere was so charged during this period that TIME magazine ran an article on January 1, 1979 titled “Labor: A Year of Showdowns.” 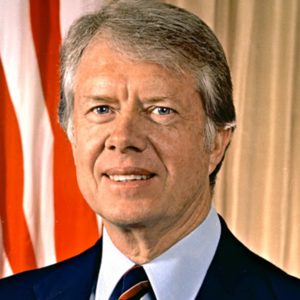 The Carter Administration was intransigent in its approach to squelch problems within the economy of the late 1970’s. Carter did this through a price-wage combination focusing primarily on forcing down wages.

It infuriated the AFL-CIO’s president, George Meany, creating a war of words across the media, and a stand-off at the bargaining table. The test came with OCAW’s new contract negotiations, and later with the Teamster’s contract, under its then president Frank Fitzsimmons. The Carter Administration was finally able to claim victory in its confrontation with Labor during the Teamster contract negotiations.

On August 3, 1981, during a press conference regarding the PATCO strike, President Reagan stated: “They are in violation of the law and if they do not report for work within 48 hours they have forfeited their jobs and will be terminated.”

At 7 a.m. on August 3, 1981, the union declared a strike, seeking better working conditions, better pay, and a 32-hour workweek (a four-day week and a eight-hour day combined). In addition, PATCO wanted to be excluded from the civil service clauses that it had long disliked. In striking, the union violated 5 U.S.C. (Supp. III 1956) 118p (now 5 U.S.C. § 7311), which prohibits strikes by federal government employees. After supporting PATCO’s effort in his 1980 campaign, Ronald Reagan declared the PATCO strike a “peril to national safety” and ordered them back to work under the terms of the Taft-Hartley Act. Only 1,300 of the nearly 13,000 controllers returned to work. Subsequently, at 10:55 a.m., Reagan included the following in a statement to the media from the Rose Garden of the White House: “Let me read the solemn oath taken by each of these employees, a sworn affidavit, when they accepted their jobs: ‘I am not participating in any strike against the Government of the United States or any agency thereof, and I will not so participate while an employee of the Government of the United States or any agency thereof.'”

He then demanded those remaining on strike return to work within 48 hours, otherwise their jobs would be forfeited.

At the same time, Transportation Secretary Drew Lewis organized for replacements and started contingency plans. By prioritizing and cutting flights severely, and even adopting methods of air traffic management that PATCO had previously lobbied for, the government was initially able to have 50% of flights available.

On August 5, following the PATCO workers’ refusal to return to work, Reagan fired the 11,345 striking air traffic controllers who had ignored the order, and banned them from federal service for life. In the wake of the strike and mass firings, the FAA was faced with the task of hiring and training enough controllers to replace those that had been fired, a hard problem to fix as, at the time, it took three years in normal conditions to train a new controller.

They were replaced initially with non-participating controllers, supervisors, staff personnel, some non-rated personnel, and in some cases by controllers transferred temporarily from other facilities. Some military controllers were also used until replacements could be trained. The FAA had initially claimed that staffing levels would be restored within two years; however, it would take closer to ten years before the overall staffing levels returned to normal. PATCO was decertified by the Federal Labor Relations Authority on October 22, 1981. The decision was appealed. 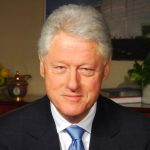 Some former striking controllers were allowed to reapply after 1986 and were rehired; they and their replacements are now represented by the National Air Traffic Controllers Association, which was organized in 1987 and had no connection with PATCO. The civil service ban on the remaining strike participants was lifted by President Bill Clinton in 1993.