The gains that were made during the 1980s and 1990s were primarily consolidations of all our equipment operations and all of our maintenance and repair work. And then, Him Spinozas consolidation of the signers jobs, such as the clerks. These were things that happened here in L.A. On the West Coast, we consolidated the jobs we belonged to and the new jobs that evolved as result of technology and the need for equipment repair. You have to look at a number different things you look at the longshore divisions. We had a view of trying to invigorate our work in the international arena. In 1193, it was our first Pacific Rim Dockers conference in San Francisco, trying to rebuild our international connections from that to this. We’ve done a lot of work in the international arena and it paid off for us in 2002.

Everything is shifting. You know, in the 70s and 80s we were an industrial based country – auto workers, steel workers, industrial based workers, and garment workers – they are all overseas now. So the whole character of the Labor Movement has changed over the last 20 to 25 years. The Labor Movement has to look toward transportation and logistics. Before, 70 percent of everything we bought was made in America. Now 90 percent of everything we buy at the store is imported. 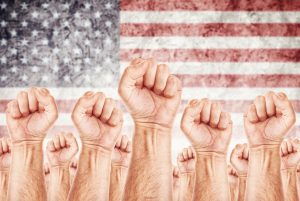 So really, one of the keys here to the West Coast, particularly in regards to the ports of L.A. and Long Beach, is the whole question of transportation, logistics, warehousing, and so forth. I think the Labor Movement, as a whole, has to look a little bit differently at what their role is in addressing the economic crisis and why we are in it, and what role Labor will play in pushing this in a more positive direction.

We are in a situation in American where the working class, and in particular the union working class, has shrunk to the lowest point that it’s ever been, and this is the reality we going to have to face in a global economy.